The latest survey on workplace sexual harassment reveals one in three workers said they had been sexually harassed at work in the last five years – up from one in five in 2012, and one in ten in 2003.

The survey, which collected data from over 10,000 people, will inform the Australian Human Rights Commission’s National Inquiry into sexual harassment in Australian workplaces.

Sex Discrimination Commissioner Kate Jenkins said the new figures showed sexual harassment was a major problem in Australian workplaces, and that men and women were both affected.

“We found that 39% of Australian women and 26% of Australian men told us they have been sexually harassed at work in the past five years, both a significant increase on 2012.”

“What is clear is that this conduct begins the moment people enter the workplace and that harassers prey on those less powerful than them.”

“We know from our research that many people are afraid to report their experiences of unwelcome sexual conduct out of fear that they won’t be believed, that it’s not worth it, that they’ll be ostracised and that it could damage their career.”

“It’s also worrying that almost half of those who did make a formal report said nothing changed at their organisation, as a result of the complaint.”

Other key findings include that young people aged between 18 and 29 were most likely to be harassed, and that 4 out of every 5 harassers in the workplace were men.

The reports reiterates the importance of employers taking steps to both prevent workplace sexual harassment from occurring, and to ensure that they respond appropriately when a report is made.

“Unwelcome sexual conduct on this scale in the workplace not only causes distress to workers and colleagues, it impacts workplace productivity and impedes career progression, which has an economic impact on businesses and families.”

The National Inquiry will begin public consultations later this month. 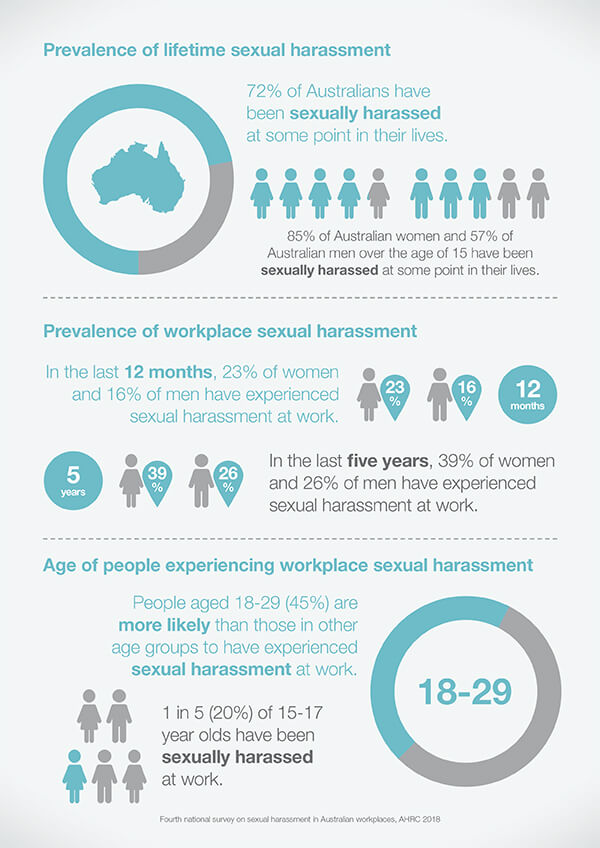 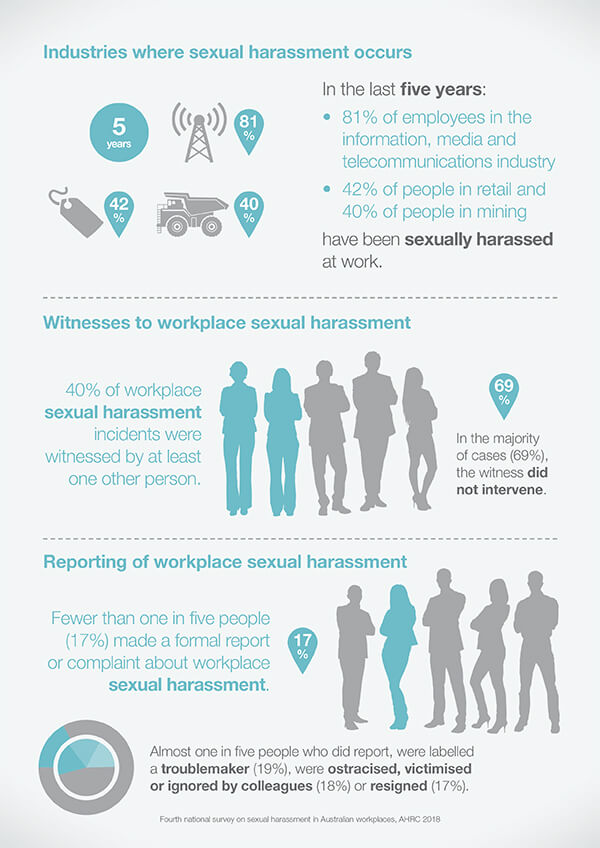