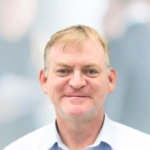 When the new ISO 45001 was put up for sale earlier this year, something snapped and we have been fielding dismayed communications from the health and safety profession ever since.

The high cost of Australian Standards to Australian businesses – and to the consultants that support them to be healthy and safe – has been an issue for years and needs to change.

Standards are critical tools that support Australian businesses to operate legally, productively and safely. In many cases as a result of regulation, compliance with them is not simply voluntary. While they do not have the same legal force as safety legislation, they are intended to be used alongside legislative instruments and are likely to be considered industry knowledge for the purpose of determining what is “reasonably practicable” (and therefore relevant to determining liability under the legislation).

Many health and safety professionals need access to standards to do their work as consultants or as managers within business, and vast sums are invested in their purchasing, as outlined in this article.

The Institute has representatives on 30 Standards Committees dedicating in their time, energy and expertise on a voluntary basis to develop and improve them, and many hundreds of others provide industry expertise as well.

Given that Standards are a required tool for business, that they are important to workers health and safety, and that their development is aided by extensive voluntary input……why are they so expensive?

Ultimately, it comes to down to a contract signed 15 years ago.

Standards Australia, the creator and owner of Australian standards is a not-for-profit, non-government entity. It is a well-managed organisation that carries out the highly complex task of creation and maintenance of standards through a complex range of stakeholders.

In 2003, Standards Australia span off their commercial assurance business including publishing/distribution arm, creating an IPO on the Australian stock exchange. A critical element of this process was granting the newly created company SAI Global Limited an exclusive 15-year license (with an additional 5-year option) to publish and distribute Australian Standards.

So today, the situation is as follows:

(a) We have a product (Australian Standards) created for the public good and for the benefit of Australian businesses;

(b) The product is created for the Australian people by a not-for-profit agency (Standards Australia) with extensive voluntary expertise and support contributed by a host of professionals;

(c) The product can only come to the market through a private company with monopoly distribution rights.

Something is seriously wrong when Standards Australia can only refer you to SAI Global (Baring Private Equity Asia) to buy a copy, at their set price, when there is no competition, and the pricing framework bears no real relationship to the real cost of producing and distributing a standard.

How is the price of standards arrived at?

The profit share to the creator and owner of the IP – Standards Australia – is extraordinarily small, but that’s not the only issue. How are costs determined?

The price that SAI Global gets to charge for the cost of distributing each standard to each buyer is not based on production reality, but on an old equation which assesses what a reasonable cost might be, created in the marketplace more than 15 years ago when every recipient would receive in the mail, their own fully-bound, full-colour 250-page standard. For example, number of pages is still an element of the pricing method, even though today a high number of standards are simply delivered electronically as PDF’s at virtually no cost.

Although we don’t know how big the market is in Standards, we can use above data and other information to make estimations. Using information in SAI Global’ s FY15 report(before it went private) as starting guide, we could reasonably estimate the market today to be over $100M and as much as $150M.

Considering this and reversing back to look at the cost of an individual 45001 Standard, we could estimate that:

If the size of the market is actually smaller or larger than estimated above, it matters little – the numbers are still dismaying. The proportion of the total cost of standards going to the creator is still far too small and Australian Business is still paying far too much. Ironically, the government plays its part in enforcing this by dint of various legislation and regulation that push companies to buy standards to demonstrate compliance.

How did it come to this?

The decision 15 years ago to grant monopoly distribution rights to one company is the source of the issue. The cost of production has been long since de-coupled from the price of sale. Consumers of Australian standards are paying not just for the original investment, but over and over again into the profit margin of a private distributor.

Despite the early financial windfall and the benefits of the invested funds that Standards Australia now gets, this is no longer a good deal even for them. If they had never done this in the first place, and were instead licensing the distribution of Standards today to multiple competitive providers, they could be producing more profit than they currently receive from the combination of royalties and stipend from funds invested, while at the same time the standards would be going to Australian business at lower, fairer prices.

For those interested in the unintended consequences of privatising services and systems which are designed for the public good, this is a cautionary tale about how governments and not-for-profits do business with the commercial sector. Putting a public good under the financial control of a profit-centred business can be an invitation for future grief, if you care about the long-term cost to the community. There is absolutely nothing wrong with profit motive, and SAI Global/Baring Private Equity are not to blame for simply doing what their shareholders expect – making money. They also have a contract to underpin their pricing. But it is naïve to think that any company driven by profit motive, when given a monopoly, is going to do anything other than use its position to maximise profit.

What can be done about it?

December 2018 is a watershed. The fifteen-year distribution contract is up for renewal and there is a window of opportunity to resolve the problem.

Standards Australia’s board to its great credit is on the record as being fully committed to re-negotiating the contract, including wanting to open up the distribution to multiple licensees to create a fair market price for the standards which bears some relationship to cost.

Meanwhile, Baring Private Equity Asia has a five-year option, which they will seek to extend on the unhelpfully obscure contract reference ‘on market terms’. They may not go down without a fight and we would expect them to seek to hold onto their monopoly position.

If Standards Australia and the Federal Government (who must strongly support Standards Australia in this matter) allow the distribution monopoly to remain, even on better pricing terms, they will have let down Australian business badly. We believe that they have both a commercial and a moral responsibility to take the distribution monopoly out of the system, using whatever legal and financial resources that are required. In Standards Australia’s case, they have their original corpus from the IPO to draw on, and there is no better use of those funds than to use them to end the monopoly. It’s time this situation ended.

The Safety Institute of Australia along with many other agencies has written to the board of Standards Australia to express the importance of giving consumers choice and returning the price of standards to a genuine market rate. The Standards Australia board understands the challenge and has for some time expressed their preference to open up the market.

Importantly, even if the distribution monopoly is ended, only half the job is done. The original decision to commercialise this product in the first place should be challenged. We have written to the Federal Government urging them to take the next step: to properly fund standards so they are eventually available free of charge to Australian business – which is how it should always have been for a public good which helps business produce safer and healthier workplaces.

Article originally published by the Safety Institute of Australia.